Apologies to Alex (Hardwick): he sent in a super answer to Wednesday's starter and it got lost - here it is now: 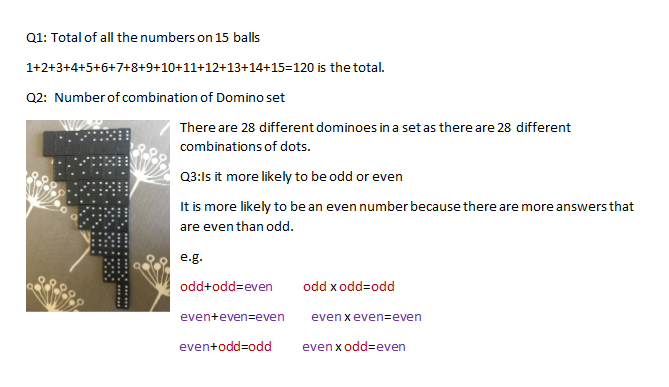 Thank you for all your ideas about the goats and cars. This is a really old problem that many mathematicians have argued about.

Mrs Elliott (Cambourne) thought that after the first goat was revealed there would be a 50% chance of a car being behind each door. So she would stick. However she watched the following video and changed her mind, watch it and see if you agree. 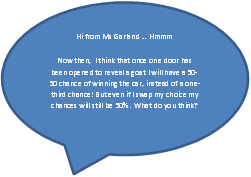 Eilidh (Hardwick) said, "It doesn’t matter if you switch to the other door, the odds are exactly the same. It’s a 50-50 situation, 50% you’ll get the prize you want (I want a goat), and 50% you’ll win the other prize, so in this situation just go with your gut because maths can’t help you."

Mrs Godfrey (Cambourne) said "I would personally stick but it makes no difference as now there is a 1 in 2 chance of getting the prize."

Zoe (Hardwick) said, "At the start, when there were 3 doors, there was a 33.3% chance of choosing the car. But with two doors left, a goat and a car, there would be a 50% chance of getting the car if you choose to pick again. It depends if you really want the car or if you are a gambler.

Personally, I would choose again to see if I got the car!"

Alex (Hardwick) said, "I think that they should switch because before the host opened a door, there was a 1 in 3 chance in getting the new car but after opening the door with a goat, there are a 50% chance of getting the new car. Their chance to getting a new car increased!" 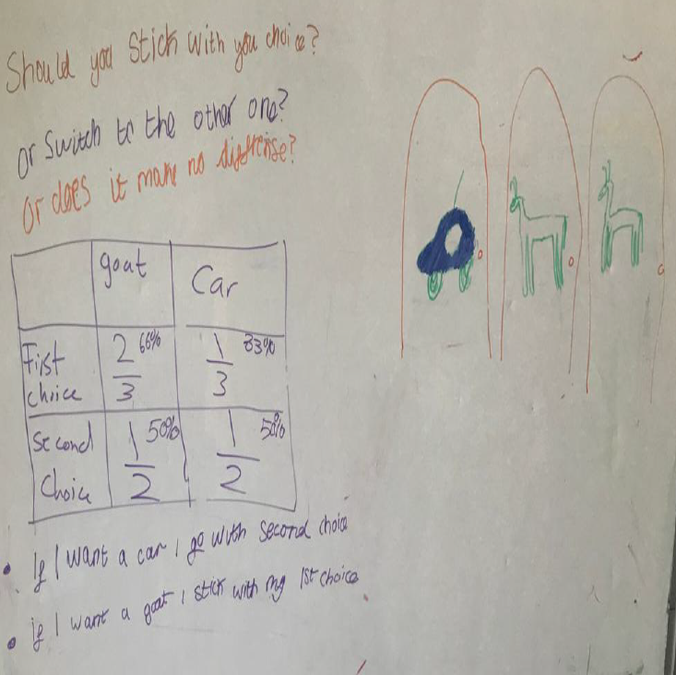 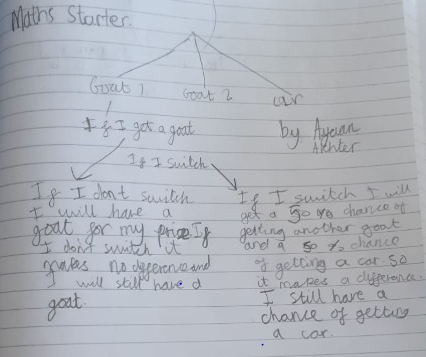 And maybe some of you would prefer to win the goat! 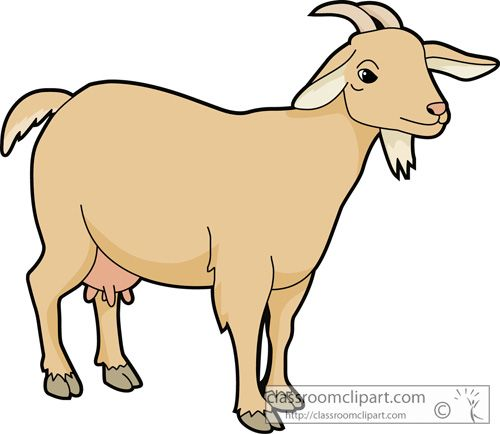