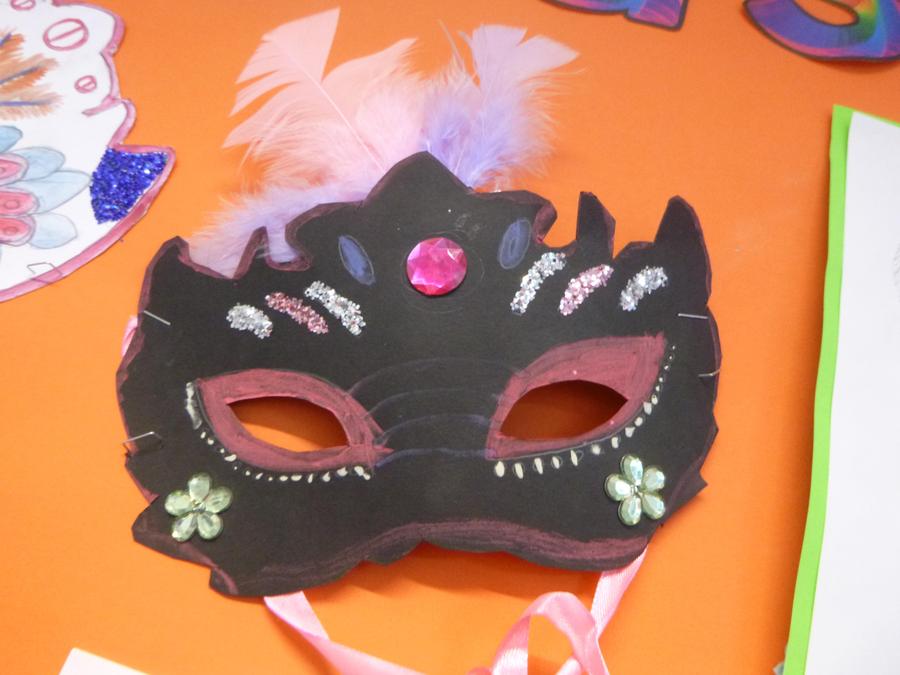 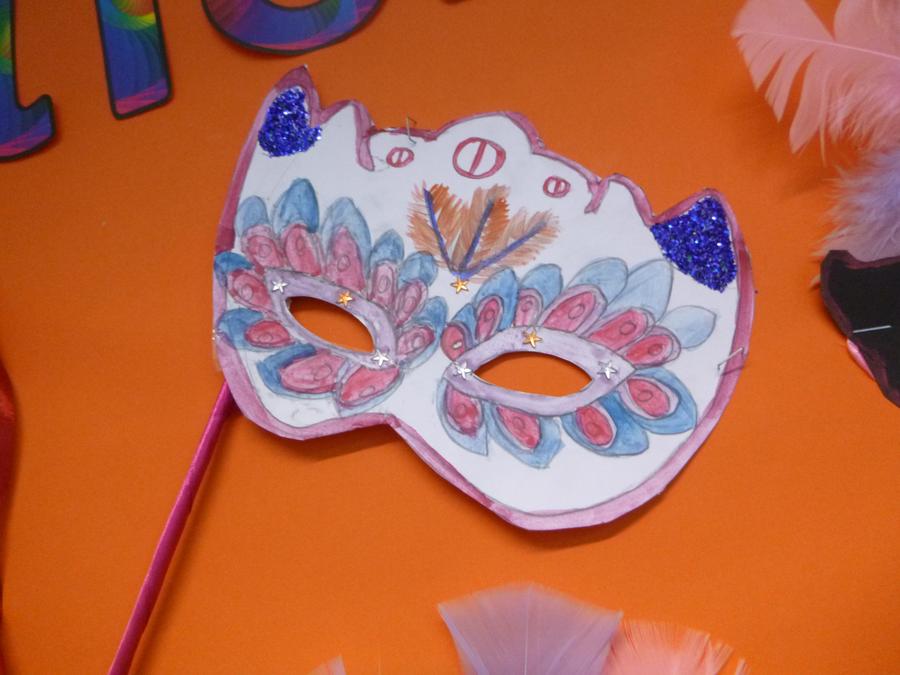 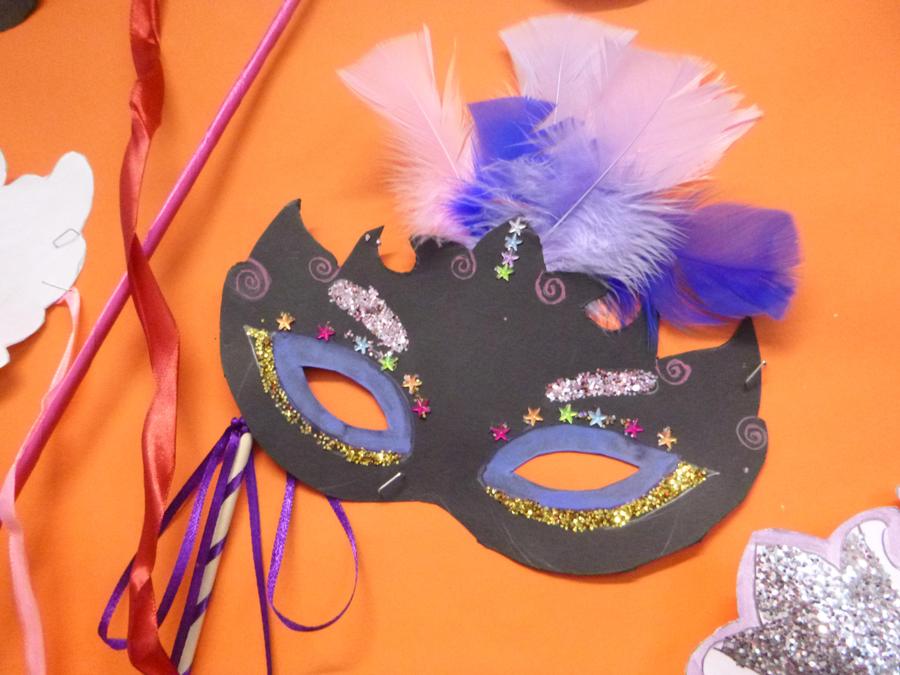 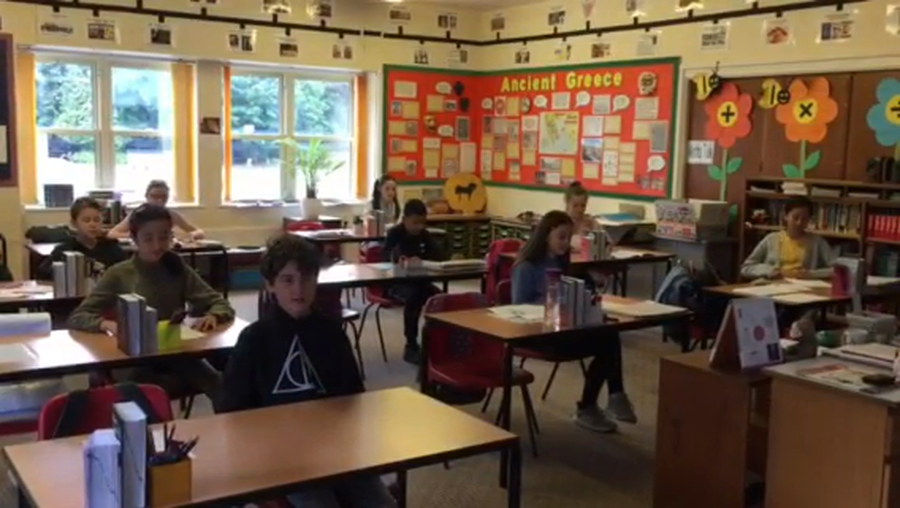 If you are missing any of us at home, have a listen to year 6's performance poetry and see who you can spot. Maybe you could share some poetry with us in school and we could share it on the English page...in the Spoken Language pop-up-poet section.

Rishan (Year 6) has written a fantastic desciption of his garden 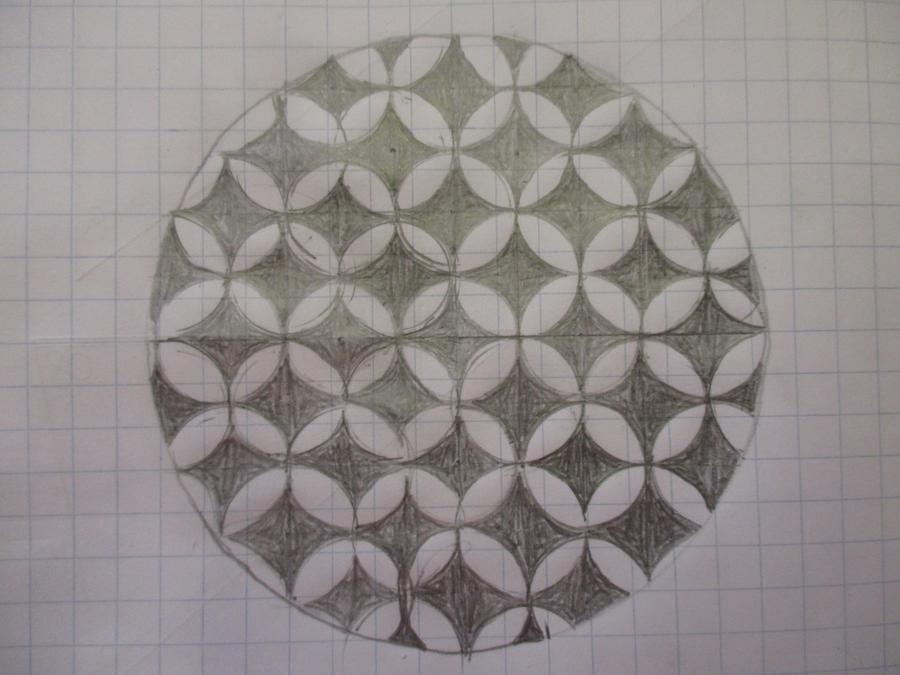 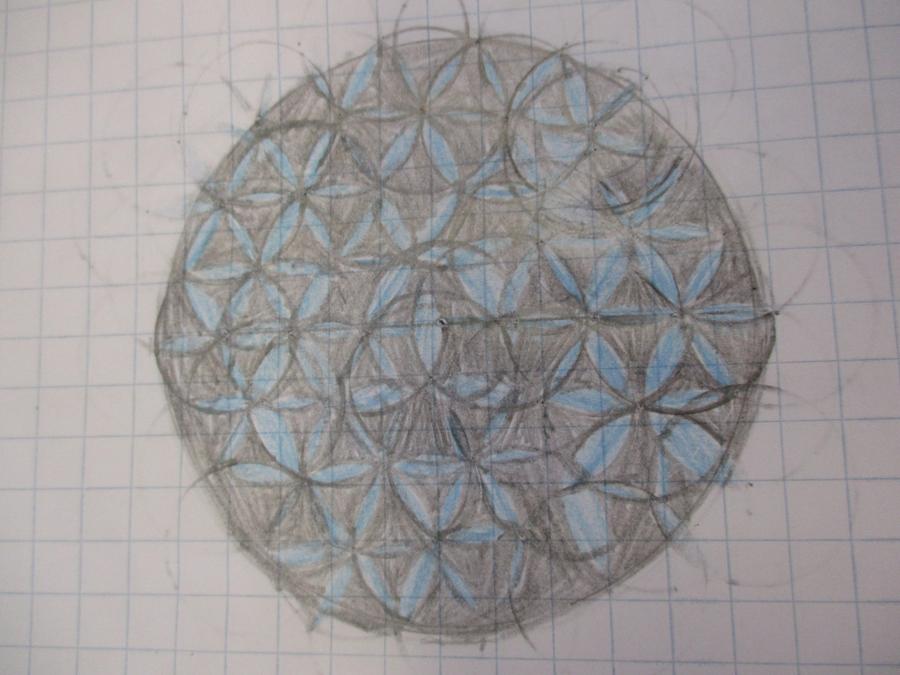 Superbly the massive mysterious tree rose into the sky towering over the girl. The droopy dark dull clouds crawl through the sky as the tree climbs higher, closer to the sun.

Why trees are so important:

I think trees are so important to the earth because they give out oxygen.

What I would do in this situation with magical powers:

If I had magical powers and was in that situation, I would make lots more trees.

Why is the character wearing white?

I think it is to stand out on the dark background.

The tall tree grew, very tall above the little girl. She was very scared.

Ella has designed and made this amazing Disney Theme Park 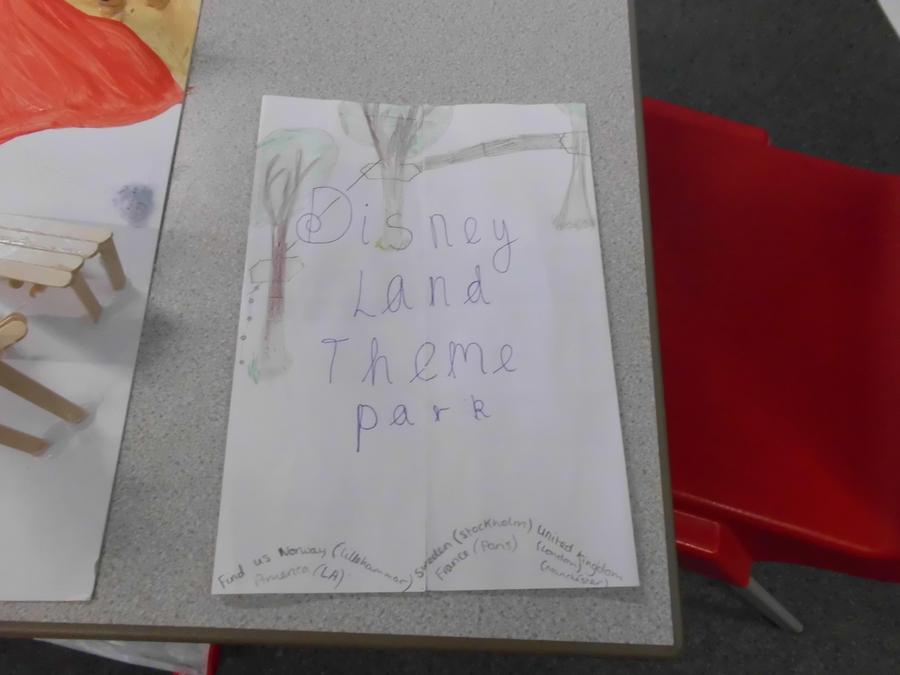 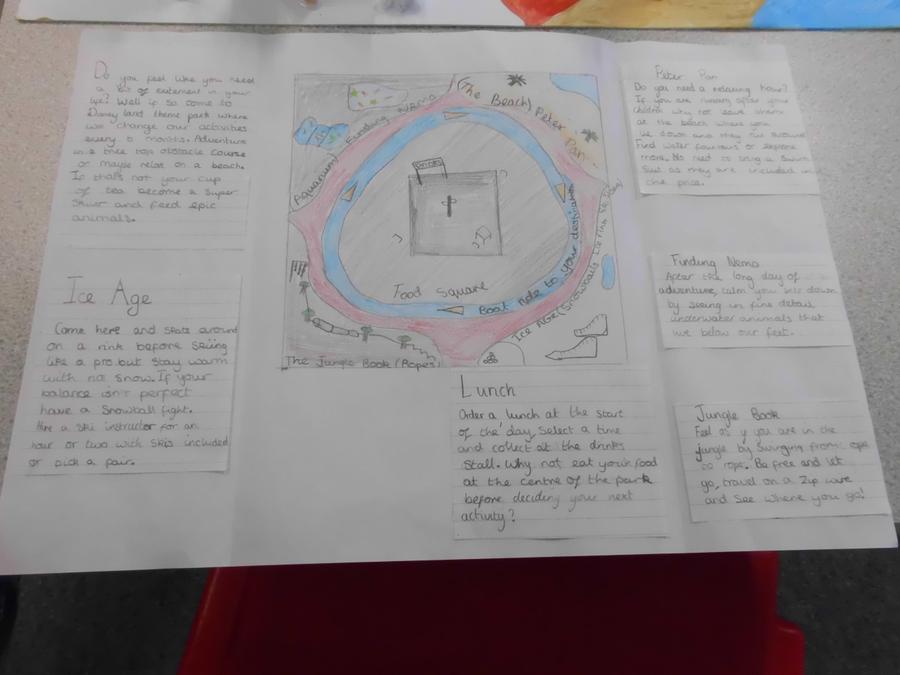 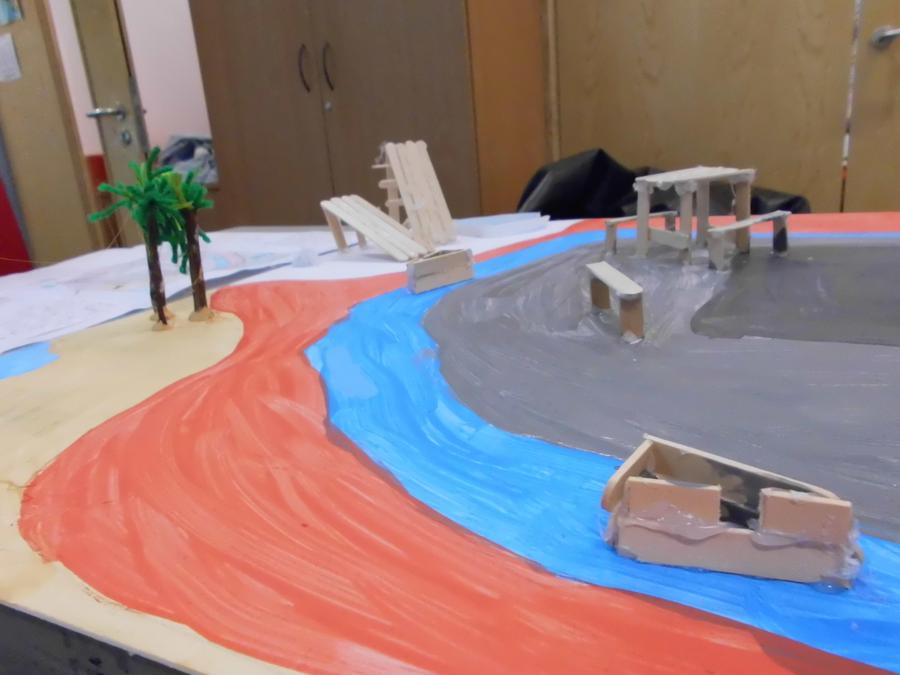 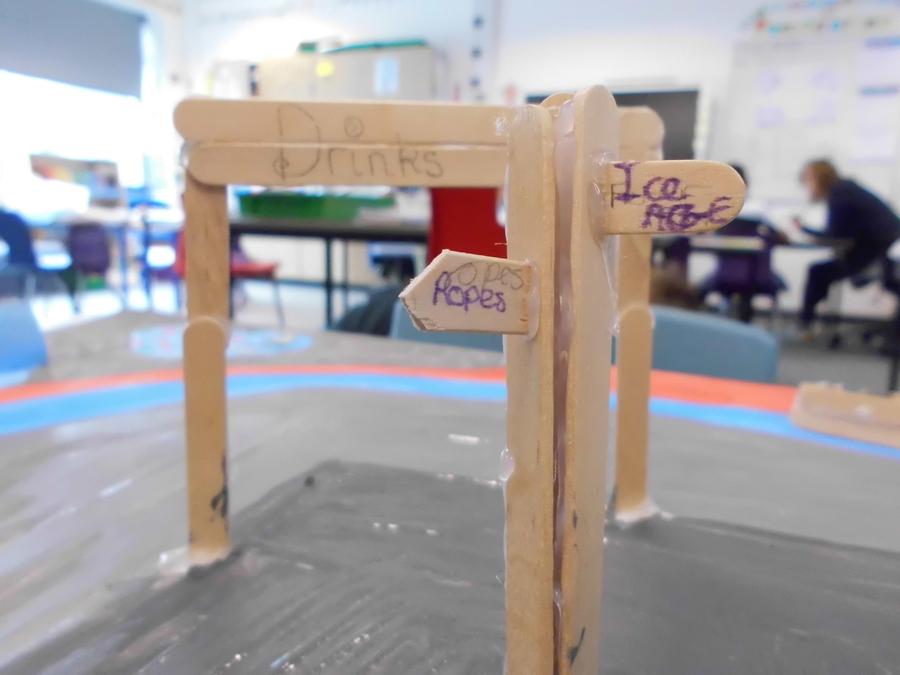 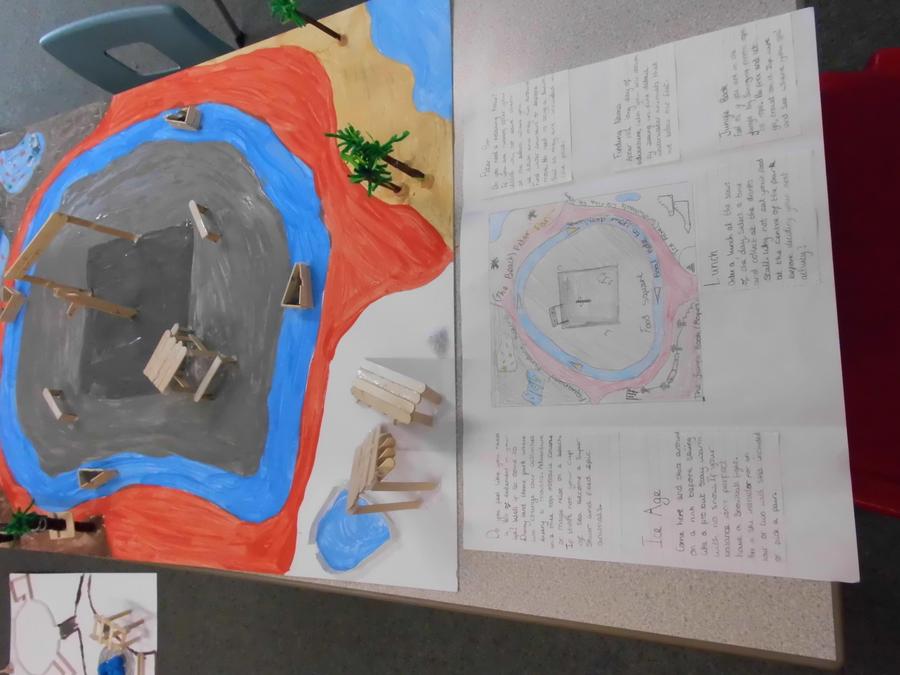 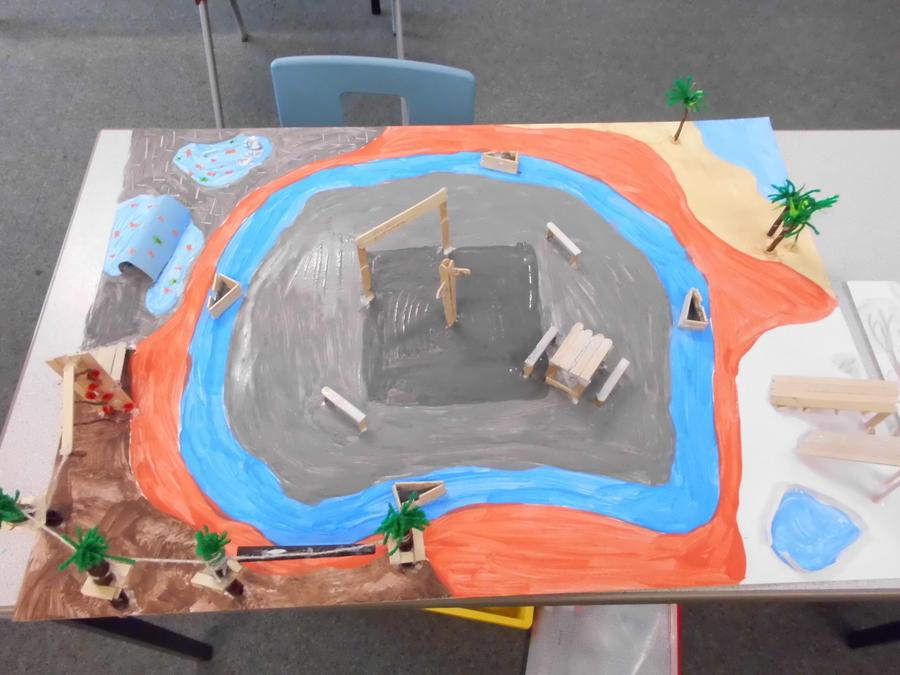 Tension and Suspense by Ryan - Year 5

The Manor is a place near Cambridge, Cherry Hinton to be exact, there was a massive manor and people say it's haunted because it got struck by lightning. Well you could tell why because of the gloomy mist and looming shadows. Thorn bushes and overgrown weeds surround the grounds. Smashed windows and a chilling sound, moans creep through the cracks and gaps. As night falls, with the cramped corners and creaky doors, rustling sounds and twisted trees you turn to run, suddenly someone comes from the house wielding a sledgehammer and in a high-pitched voice they squeak, “say goodnight!” 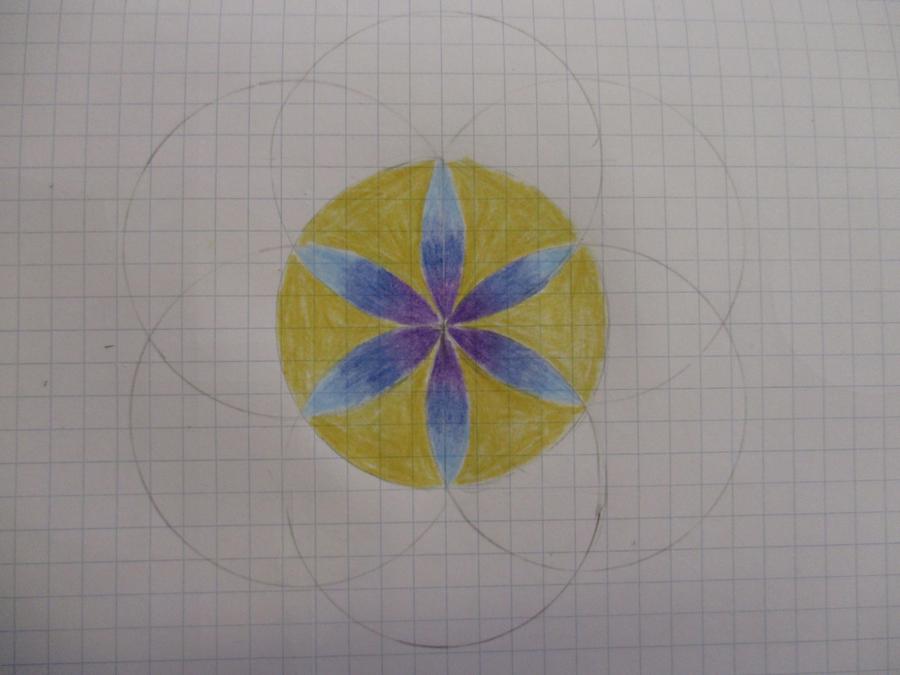 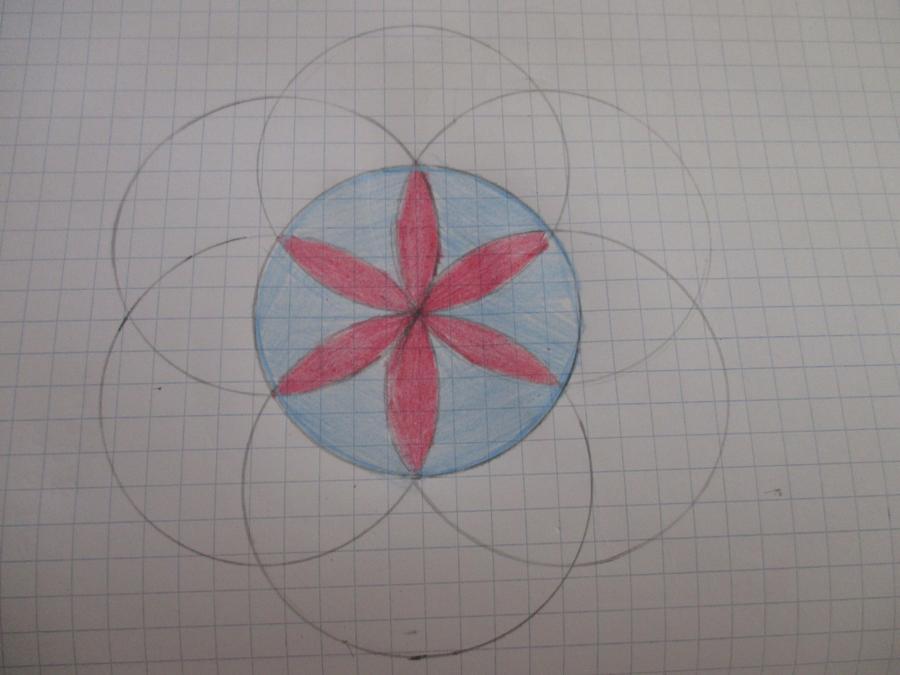 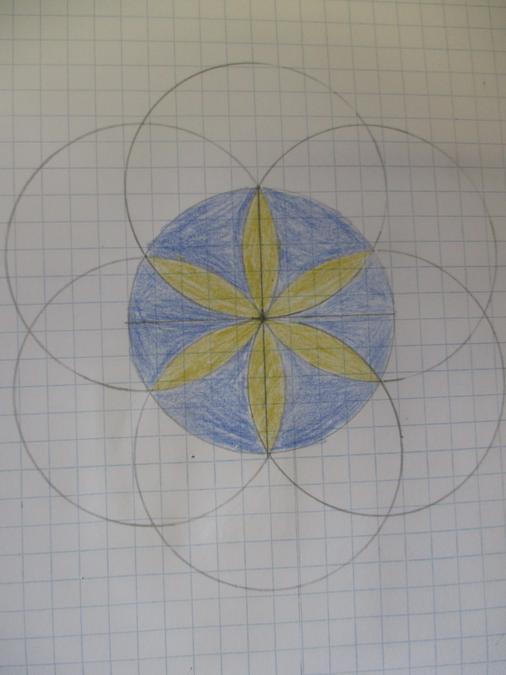 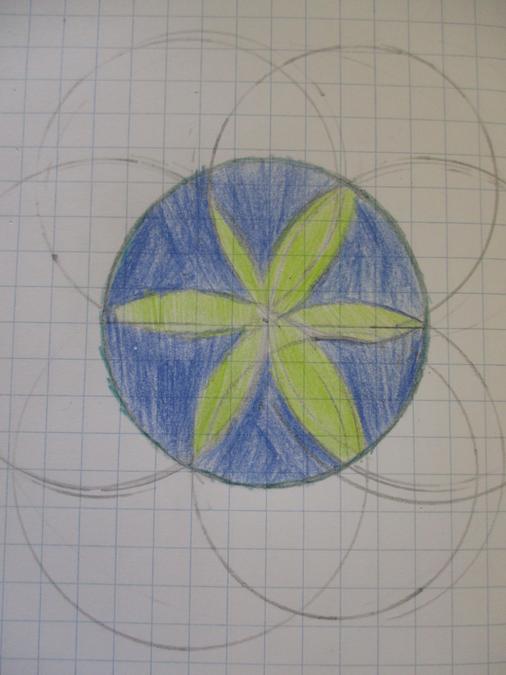 William has written a film review 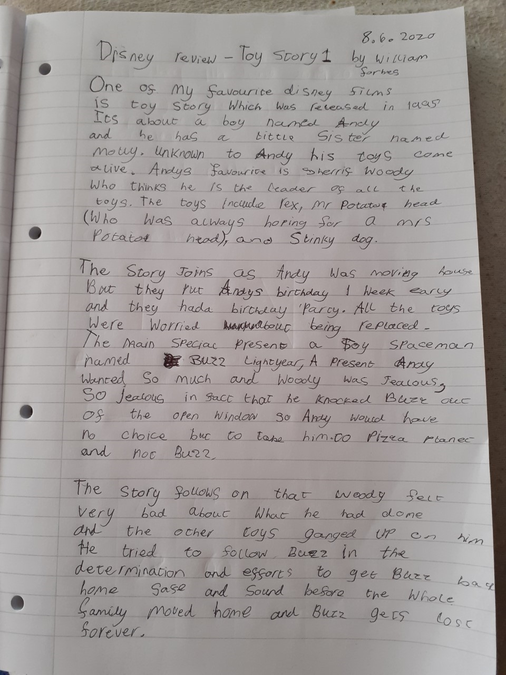 Snow White and the Evil Dwarfs

It was a happy day for those who lived in the Kingdom of Dettle – the sun was shining; the birds were singing and the Queen was dead. Alright, alright I know what you are thinking, how is the Queen being dead a happy time? It is a happy time because the Queen was mean and selfish. The King, however, was devastated, (the only person the Queen was nice to was him) and he immediately remarried.

Meanwhile, at a mansion in the outskirts of the deep, dark woods, seven dwarfs by the names of: Evil, Vile, Mean, Nasty, Selfish, Cruel and Scared, were working on an evil plan to murder Snow White (whose skin was white as snow and lips as red as blood, with black hair as black as ebony) on their old mistress’ orders, the Evil Queen. Evil, Vile, Mean, Nasty, Selfish and Cruel were all the evil ones but Scared was always scared and he was good. He was too scared to tell the others that because he knew that he would be kicked out into the deep, dark woods. So, none of the other dwarfs knew and didn’t suspect a thing…

The next day, the dwarfs went over the plan again; they would create a fake letter from the Queen (and write it themselves in fancy handwriting), give it to the sixteen-year-old gardener – whose name was Jack – and then he should go and kill Snow White like it said in the letter. They prayed to God that it would be a success, but only Evil, Vile, Mean, Nasty, Selfish and Cruel prayed for that. Scared prayed that it would fail, as he was the only dwarf who couldn’t write and couldn’t prevent it from happening.

Just then, Scared came up with the most amazing idea he ever had. He would warn Snow White and tell her everything! He just needed to find the castle. After all, he was in the middle of nowhere. Luckily in the corner of his left eye, he saw a map of the whole kingdom on the coffee table. Sneakily, he took the map and creeped out of the house.

When he arrived at the palace, he opened the grand double doors to see the Queen sitting on her throne and Snow White nowhere to be seen.

“How may I help you?” she asked as Scared entered.

“I was wondering if you could tell me where Princess Snow White is, Your Majesty,” Scared answered.

Scared told the Queen his name and ended up telling her everything – the plan, how he was good, and the others weren’t, the fake letter and why he needed to see Snow White. The Queen carefully

took this information in. She decided to trick the other dwarfs into thinking that they were succeeding when they were being tricked! Before the dwarfs arrived at Jack’s hut, the Queen told him and Snow White (who was there aswell) what was going to happen.

When the other dwarfs arrived at Jack’s hut to deliver the letter to him, Jack whipped a pistol from the rack next to the door frame. When he was about to strike, Snow White snatched the pistol from his hands and aimed it at her heart (who was only doing it because she didn’t want to create any problems). The Queen and Jack immediately realised what was happening and jumped in front of her. While all the other dwarfs stood still shocked, Scared jumped up and knocked the pistol out of Snow White’s hand and shot six bullets straight at the other dwarfs. Evil, Vile, Mean, Nasty, Selfish and Cruel were too petrified to move, so each of the six bullets hit each and every one of the dwarfs (except for Scared of course). Scared’s last words to the others were:

And the other dwarfs died right there in Jack’s hut.

What happened to the others? I hear you ask. Well, two years later, Snow White married Jack and Scared won an award for being brave, an award for saving Snow White from killing herself and an award for standing up to his family when they did wrong.

Jessica has enjoyed the maths work this week. 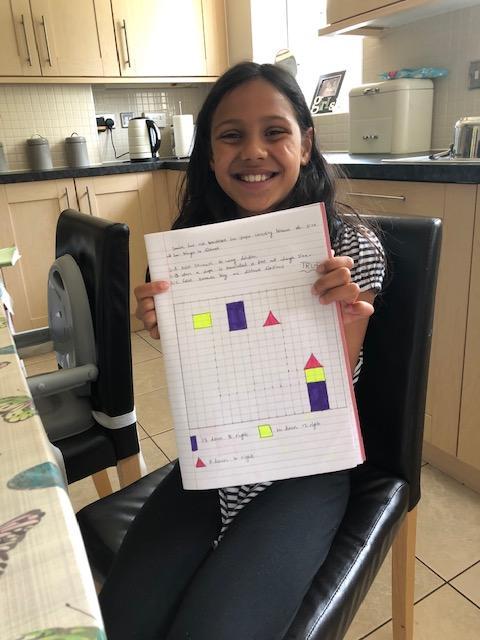 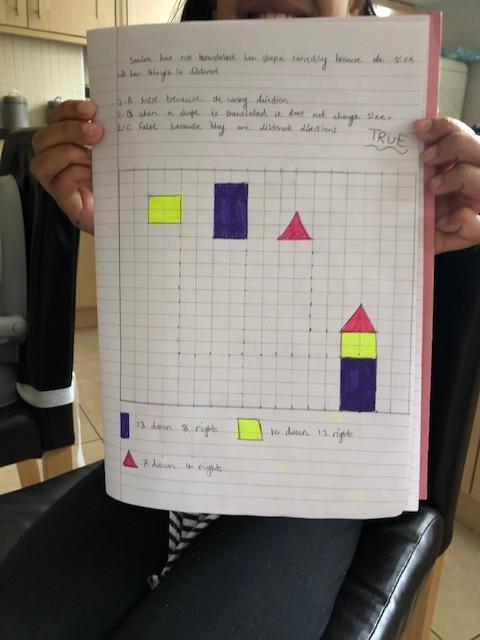 Check out some of the things Tegan has been up to. 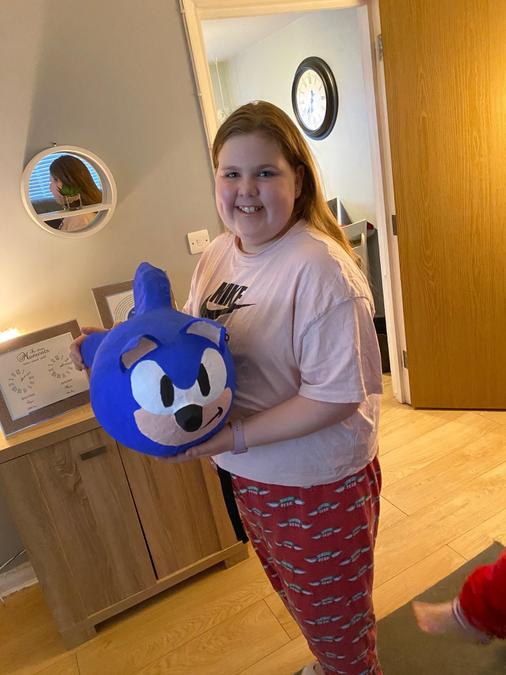 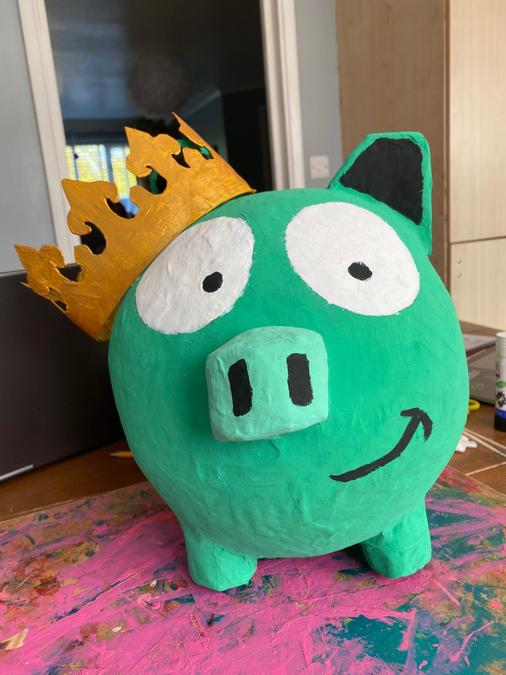 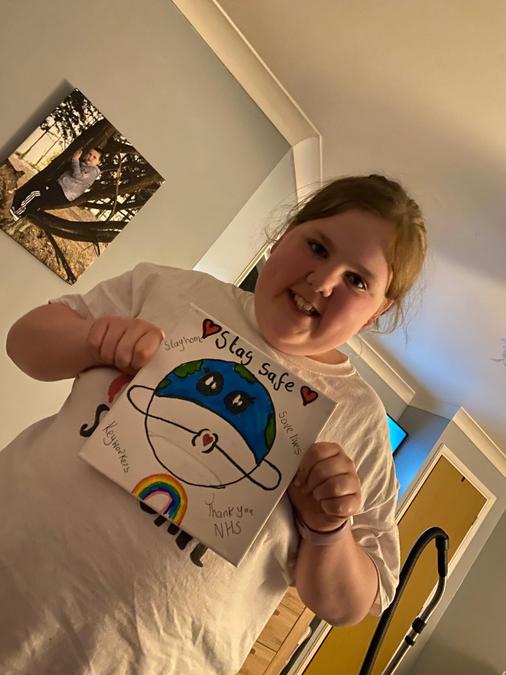 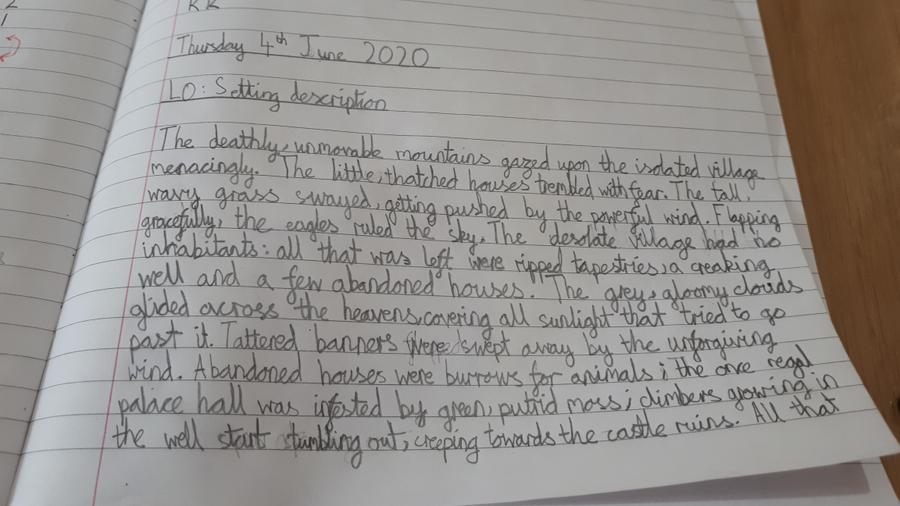 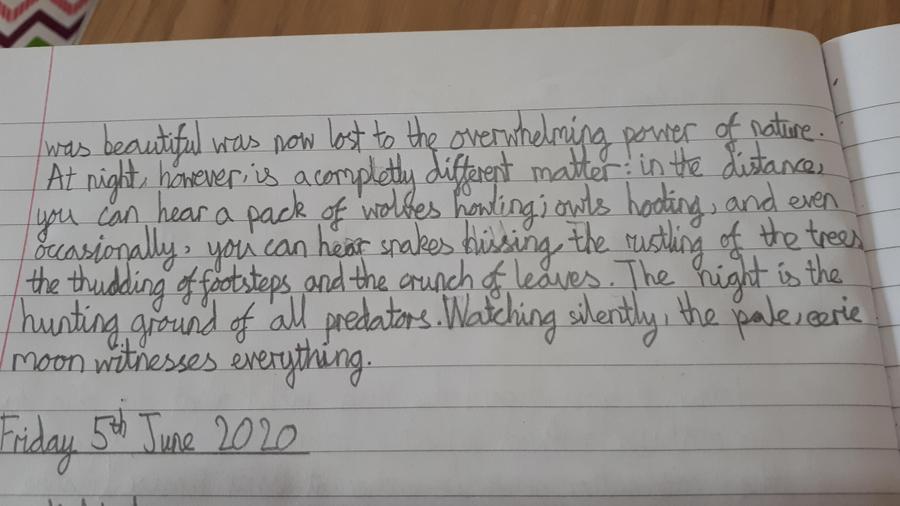 This beautiful picture was drawn by Aadi (Year 6)

Everyone knows the classic story of Snow White and the short bearded boys, but there’s another side to the story. Also Snow White if your reading this I’m appalled by the way you handled the situation, the events are family business and should be kept inside the castle instead of shared with the public. Now on with the story...

To fully understand my perspective we have to travel back to my first appearance in the story, when the King was picking his new wife. I had already accepted that I was not prettier than the other widows or Snow White, and was feeling depressed. So on Amazon.com I looked for a magic mirror that would lie to me about my beauty, as I scrolled down I found this “Lying magic mirror for ugly people” and clicked on it immediately. Little did I know there was an identical mirror below titled “Corrupting magic mirror for evil people”. By accident I must have clicked on the second one and bought it (£24.99 btw), so know I have a gorgeous, kind and sweet step-daughter plus a corrupting and evil mirror bound to fill me with hatred and spite. You know what happens next, I try to kill her over and over until trapping her in a deep slumber. It was around this time I came to my senses and breaking through that awful mirrors spell and falling into a never ending hole of guilt and shame. What had I done? I’d been a terrible mother, an awful wife and a horrific queen.

After Snow White was saved I thought it would be pretty awkward to explain what happened so decided to leave it until she had settled into her new home, but just as I planned to apologise to her she met the Grimm Brothers asked her for a story to ruin stepmothers reputations and my own. This is when I stopped seeing Snow White in an innocent light. If she still held a grudge which she has the right to do considering how horrible I was she should have come home and we could have talked things over and understand what happened from both perspectives. But instead you decided to publicly humiliate me and kick me down when I was already on the ground. So Snow, if you’re reading this then please come home, I miss you and so does your father.

MOCK SATs: so much more fun than the usual variety!

Emily's mum says: I can confirm she completed the Scavenger Hunt (paper 4) in 3 minutes and 21 seconds and the Where's Wally (Paper 2) took her 27 seconds to complete.

Emily says: I really enjoyed doing all of the papers especially the scavenger hunt and everyday object tasks.

For SATS paper 10 my hair is a vase of flowers. We got some flowers from the garden and used an old toilet roll to act as the vase. I put a picture of this too, as well as the the basket with all of the items in and a picture of the  Where's Wally. Hope you like them (Miss Haji says: teaching staff all LOVE them Emily!!)

Thank you to all the teachers 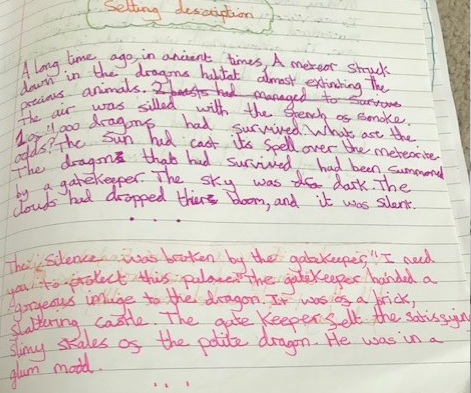 Beth has written some beautiful poems full of imagery 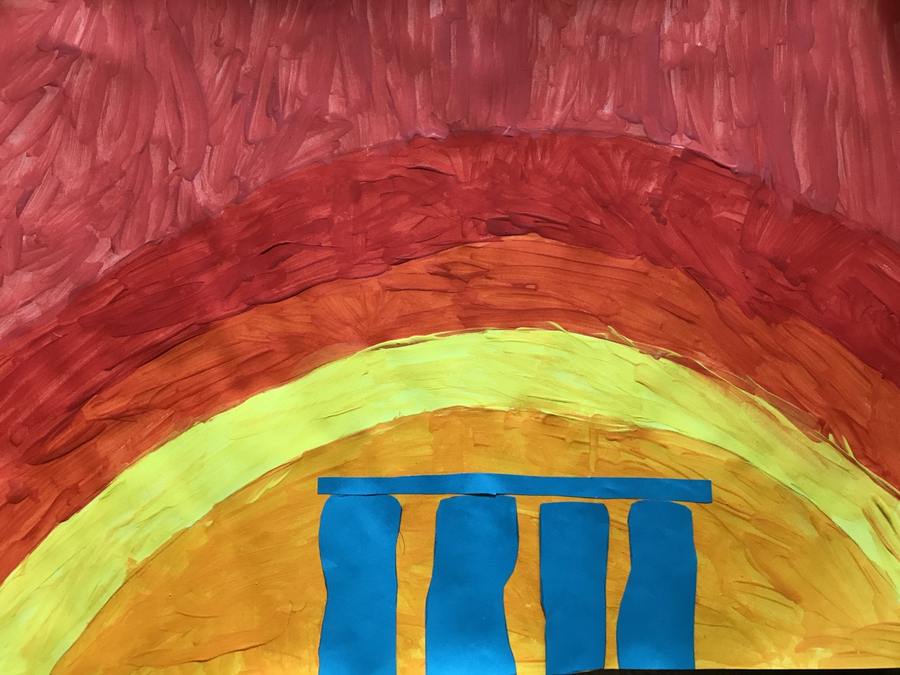 Check out Emily's newspaper report in the Harper News!

Luke has made a fantastic Stone Age mind map 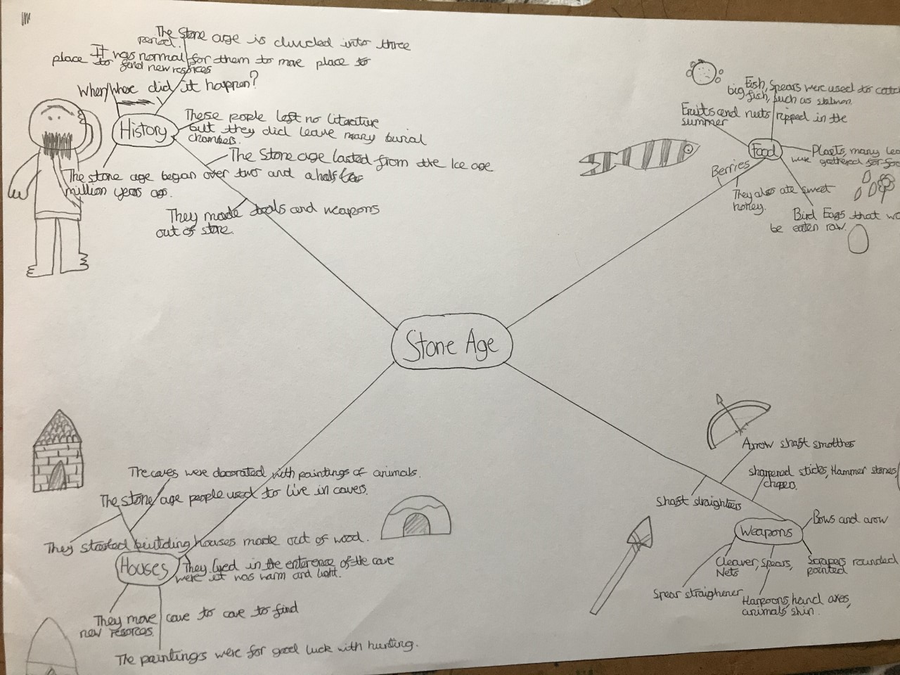 William wrote this poem and it has been shorlisted for the Live Canon Children's Poetry Competition 2020 out of hundreds of entries - well done William! 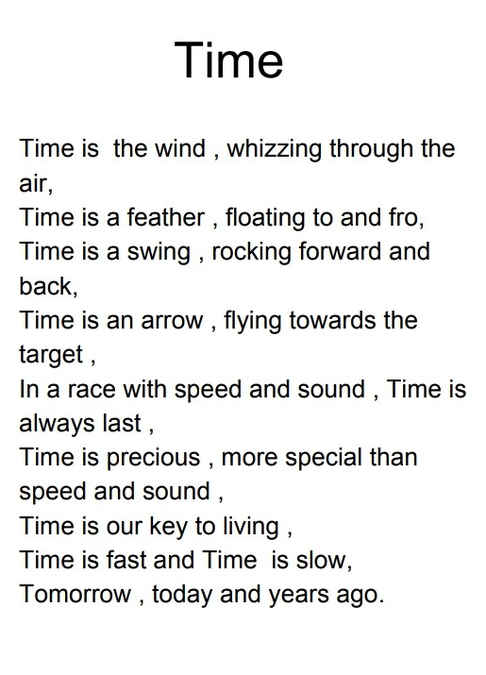 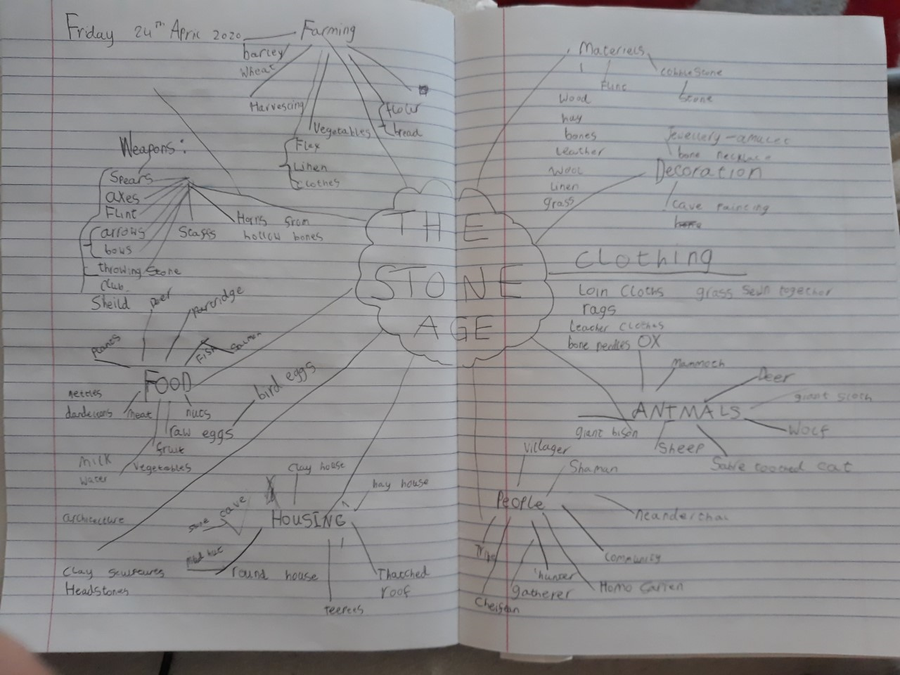 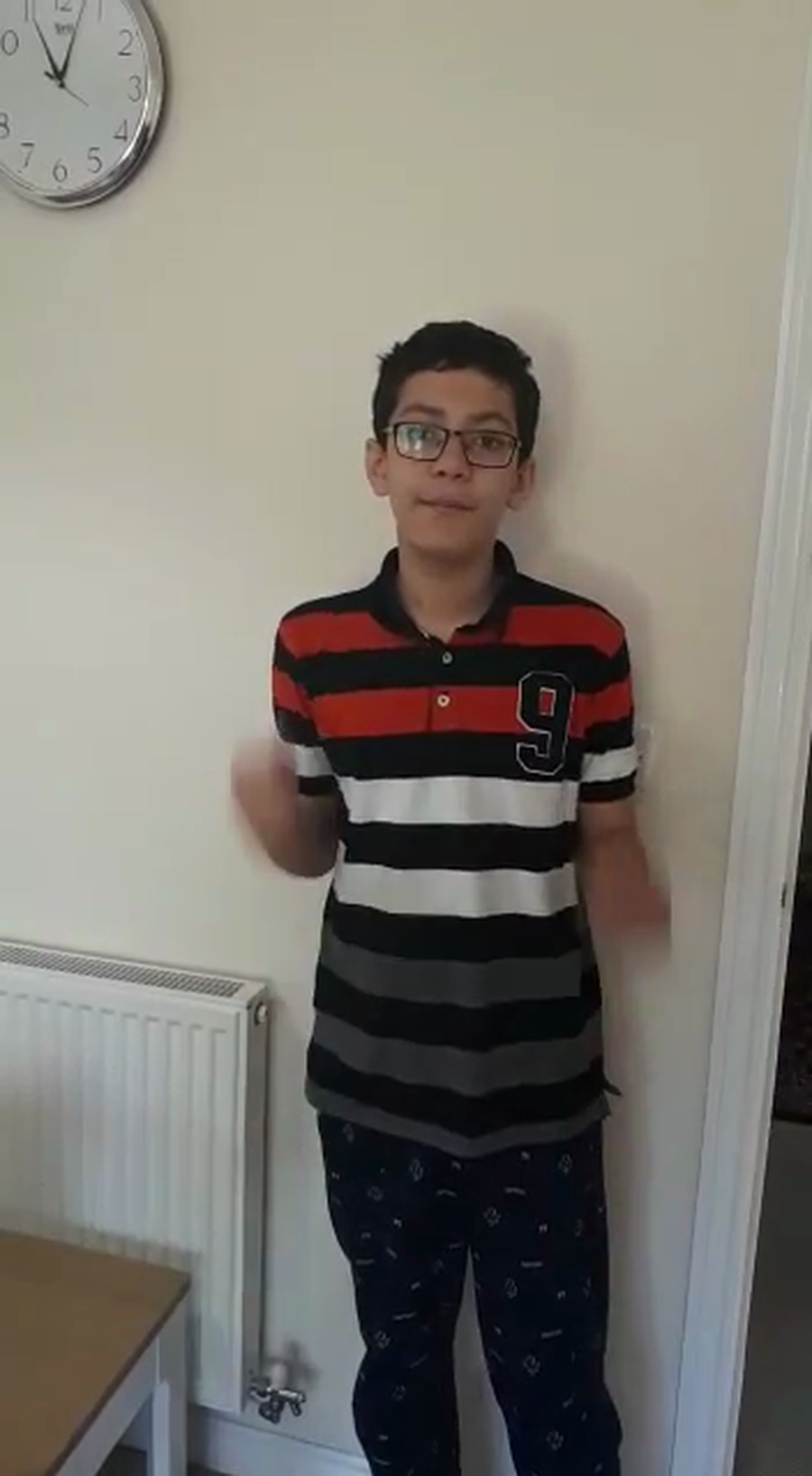